In August 2018, there were about 570,000 international students in Canada, a 60 percent jump from three years ago. That surge is helping power the biggest increase in international immigration in more than a century. The country took in 425,000 people in the 12 months through September, boosting population growth to a three-decade high of 1.4 percent, the fastest pace in the Group of Seven club of industrialized nations.

(From Canada Says, ‘Give Me Your MBAs, Your Entrepreneurs.’ Foreign talent helps power the nation’s economic boom, Bloomberg, January 2, 2019) 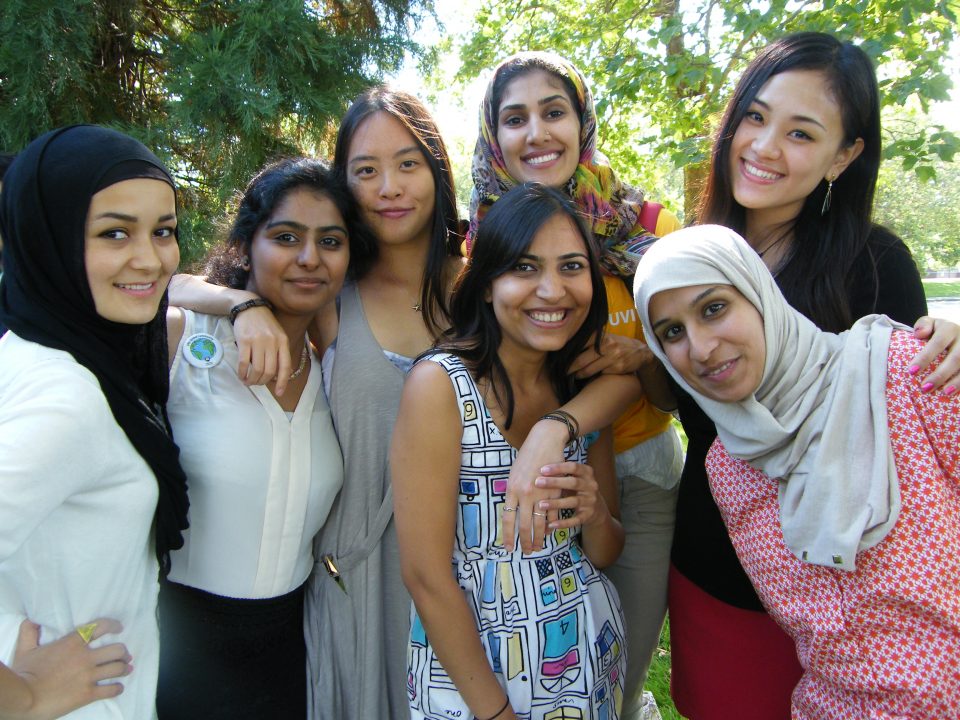 The rising number of international students poses a need for cultural competency in education.  One Canadian university, the University of  Victoria (UVic), has made a promising start with planned programs designed to welcome international students and ease their transition into UVic. However, there is still work to be done.

The real unsettlement for international students seems to arise in between events or after Orientation when independence comes knocking. Some, like Muhammad Azam, a student from Pakistan pursuing a degree in Electrical Engineering, sought out social clubs to “expand [his] circles and experience others.” While he used the availability of these school clubs to make friends, others like Leat Ahrony used them to make a difference. Leat is half Israeli, originally from Taiwan, and currently pursues a bachelor’s degree in Business. In addition to campus-based clubs, she actively participates in advocacy groups like the Students of Colour Collective, which “work[s] hard to promote elimination of racism and unequal treatment to indigenous or minorities in Canada.”

For Leat, cultural differences seem to be an obstacle to open communication with Canadian friends despite being an outspoken person. In class, she would always raise her hand, unafraid of speaking her mind or participating in a discussion. However, having been raised in an environment where water is considered precious, she becomes “afraid sometimes to make comments on how wasteful we are here in Canada.” Given that water is distributed so freely here, it might be hard for her Canadian peers to comprehend the circumstances under which water would be deemed a privilege.

Most students, like Gieun Kim, a student from South Korea pursuing entry to graduate school, are simply shy in their settling stage and lack the “confidence to speak up.” She would only participate in class or reach out to an educator for advice “if needed.” Leat and Gieun may represent differences in character, but more importantly, they represent differences in needs, given that Leat’s first language is English, but Gieun’s is Korean.

Muhammad has noticed international students in his classes struggling with the course “mainly due to having to keep up with the English being used.” In some cases, translation dictionaries are provided during exams, but there is more that can be done.

Leat suggests the use of “real examples from diverse locations to support their class and textbook material to better include international students,” which is what Dr. Anna Patten, a Postdoctoral Fellow and teaching assistant at UVic hailing from Whangarei, New Zealand, strives to do. Dr. Patten says that “in Biology [she] often [tries] to provide real world examples (from different places around the world) when explaining different concepts or ideas.” She finds that it not only “increases interest and helps with consolidating ideas, but it may also help to make international students feel included.” Dr. Patten also uses ice breakers to learn the names and origins of her students so she can adapt her teaching style according to any emerging needs. In addition, she recommends the Writing Centre on campus to students who need help proofreading their reports.

Dr. Patten also uses ice breakers to learn the names and origins of her students so she can adapt her teaching style according to any emerging needs.

Dr. Francis Choy, a professor from Hong Kong who came to UVic for the molecular biology program, understands that students with backgrounds similar to his are usually too shy to raise questions in class. However, he recognizes that a “two-way traffic” should exist between student and teacher. Teachers can learn from students just as students learn from their teachers. Therefore, he encourages his students to face their challenges because “scientific communication is essential, and it would be a hurdle not to speak if one is too shy.” He suggested that students “need to first learn how to relax,” which is why he cracks jokes that hinge on his quirky disposition during his classes so the subject matter would be more appealing and students would be less inhibited to raise questions. Once relaxed, “if interested, they don’t mind pursuing it further,to ask questions and explore more,” says Dr. Choy.

The two-way traffic concept that Dr. Choy mentions is key to cultural competency in education. International students that arrive in Canada are inarguably subject to change, but the academic institutions that accept them often neglect the fact that they too are liable to change.

In 1971, multiculturalism became an official state policy in Canada as the number of those immigrating into the nation grew. Canada’s policy of multiculturalism was influenced by the metaphor of a mosaic, where people with various backgrounds would come together in harmony without losing their roots. However, while a mosaic appears picturesque, there’s no denying the gaps between the tiles. The tiles, or the communities of the mosaic, are isolated and they remain isolated unless the grout between them can function as a space of exchange and sharing.

Although the idea of assimilation is usually met with shocked gasps, it is necessary for adjacent communities to seal the gaps. Most assume that assimilation is accompanied by conformity and possibly metamorphosis, but ideally (in the case of UVic) it would have both international and domestic students come together to form one student body. The key to it working is the two-way traffic concept, so that our cultural roots are not lost, but shared. When you go abroad as an international student, no one expects you to stay the same. Likewise, those that surround you – that contribute to your change as an individual – will inevitably learn something new from you.

Initiatives being taken to further bring international and domestic students together include an upcoming retreat, one of Kate’s favourite new methods. The retreat will involve “a group of leadership students from Orientation, the Global Community, Campus Cousins (part of the Office of Indigenous Affairs, and First with a “focus on teambuilding and strategizing methods to intentionally bring the greater student body together from across these different domains.” The four professional units also meet to discuss post-orientation connections.

The essential cog in these international introduction machines is a student-based think tank: the UVGC has a student advisory council and the Student Recruitment-Events Office has an Orientation Leadership Committee (OLC) that is “comprised of current students from varying faculties and years, both international and domestic.” As Kate says, these student-based committees present “a great way to learn about gaps in programming and support, and to get creative and innovative ways to address these gaps, revitalize existing programs, and co-develop student-driven, relevant programming.”

While there is promise of two-way traffic existing between students and instructors, the exchange and connection between international and domestic students is still weak.

Voilà! Some gaps are detected, pinched, and sealed. However, while there is promise of a two-way traffic existing between students and instructors, the exchange and connection between international and domestic students is still weak. Perhaps if more aspects of foreign cultures were discussed openly or even simply acknowledged in the educational setting, domestic students would be more inclined to learn about what lies beyond the Canadian border. The stigma surrounding assimilation concerns those that fear becoming one and the same as others. However, in conjunction with a two-way traffic, where the learning process operates both ways, assimilation in society could be a collaborative and productive process. Multiple multifaceted cultures can be brought together, understood and celebrated on one island.

Singapore, for example, is one tiny dot of an island that is inhabited by many different cultures. On some level, everyone is treated equally because they are all seen as Singaporeans in addition to belonging to their individual races. The result is like rojak, a delicacy consisting of fruits and vegetables, symbolizing the eclecticism of Singapore’s multiethnic, multicultural society.

Our differences are what enable us to adapt and improve. We fear disrespecting other cultures; we fear asking questions to explore comparison, but we should be as curious about our differences lest we bury ourselves in a different kind of ignorance. Cultural competency in education matters not only because it can be a model for cultural understanding on a global scale, but also because without it, we may as well be washed up on a remote island, with no hope of connection or moving forward.

This article was written by a new author as part of our mentorship program.